A brief history of Rolex

The Rolex watch company is one of, if not the most recognisable watch name today.Â  Yet the Rolex company is young when compared to many others wrist and pocket watch makers such as Patek Philippe (founded in 1839), Omega (founded in 1848), Audemars Piguet (founded in 1875) and the very long history ofÂ  Vacheron Constantin (founded in 1755).

Rolex was originally started by Hans WilsdorfÂ  and his brother-in-law Alfred Davis in 1905 under the name â€śWilsdorf and Davisâ€ť in London where they would import Swiss movements and dials, and then put them in watch cases to retail to stores who would often put their own name on the dial. These original watch cases are sometimes stamped â€śW & Dâ€ť and are the earliest forms of watch cases by them. It was also common for them to use cases made by the Dennison company during this period. 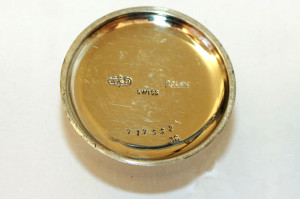 The main supplier of movements was from Hermann Aegler and together with Wilsdorfâ€™s continual push for a movement small and comfortable enough to be worn on the wrist â€“ still until this time, pocket watches were being produced, and many early wrist watches were just pocket watch movement and cases convert to be worn on the wrist, and a movement that was of a very high standard that could keep perfect accuracy â€“ indeed in 1910 they sent their first movement to Switzerland and it was awarded the worldâ€™s first chronometer rating for a wrist watch.

A debate that has gone on for decades is where did the name Rolex originate from? Many theories are around, and one of the most common, is the thought that the name originates from the term â€śHoROLogical Excellenceâ€ť or by Alfred Davis who actually had a passion for motoring and the quality and style of the Rolls Royce cars of that era, that he wanted the company name to start with Rol and end with the term for watches at this time of Timex and simply joined the two words together.

Another reason is that Hans Wilsdorf took the name from a combination of Spanish words – relojes excelentes (Excellent watches) and simply modified the term. Hower, the more likely origin of this now famous name “Rolex”, is ironic that it in fact means nothing at all.

However, in the book, “The best of time, Rolex wristwatches” by James M Dowling and Jeffrey P Hess, it says that the name came from the creator of Kodak cameras, Mr George Eastman, who patented the name Kodak in 1884, because the name…”must be short, vigorous, incapable of being misspelled to an extent that will destroy its identity, and, in order to satisfy trademark laws, it must mean nothing”.

One thing that is certain, is that the name Rolex was officially registered in 1915, and no matter where the origin for the name began,Â  Rolex is a company that has made its mark in the world of watchmaking today.

It didnâ€™t take long for Hans Wilsdorf to realise the merit in joining up with Aegler and producing a high grade watch in Switzerland, so in 1919 moved the company over â€“ firmly establishing the Rolex Watch Company.Â  This name later changed to Montres Rolex, SA, and finally to Rolex, SA.

Wilsdorf and Davis were not content in being just another watch company.Â  In a very short 20 years, Rolex had achieved over 20 world records.

These included the now infamous Rolex Oyster case , the worldâ€™s first true waterproof watch thanks to the screw back and screw lock crown â€“ an innovation still in use today, the first true perpetually wound (automatic) watch, which became the now highly sought after â€śbubble backâ€ť.

They also created the first water resistant watch to achieve the depth of 330ft, a specially made model that went to 11,000 ft, the Milgauss which was built to handle strong magnetic fields such as those found in scientific labs, power plants etc.

Rolex have continued to strive for excellence, and there is so much more to the history of Rolex that this article just scratches the tip of what has become an enormous iceberg of a wonderful watch firm.